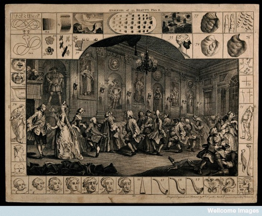 Abstract:
The early eighteenth-century English elite were obsessed with their looks, and this article will examine why. Through analysis of Joseph Addison and Richard Steele’s didactic journals the Tatler, the Spectator and the Guardian, this paper will explore what symbolic meanings and associations were attached to the face in this period and how they informed the ways in which the face was perceived. This discussion will show that a range of evidence contained within these papers reveals that the face was inscribed with many complex meanings directly informed by the social idiom that characterised elite culture in this period: ‘politeness’. It will be argued that looks were of such concern to contemporaries in the early eighteenth century because of the ways in which Addison and Steele presented the active management of the face through its expression as a plausible means by which individuals could render their ‘personal identity’ and display it to others.