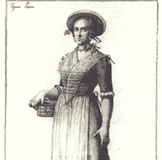 Abstract:
Giacoma Foroni, born near Mantua in 1779, was raised as a girl and believed herself to be one. Her unusual sexual organs were deemed female by different midwives, both at her birth and after puberty. The value of outward appearance, anatomical knowledge, the way to define an individual’s sex, the question of case studies, etc. are posed by and in the texts about and drawings of a body which departed from the norm, as examined by a deputation of scientists from the Virgilian Academy. These learned men concluded it to be that of a male. The body was made to give evidence against the individual’s own beliefs regarding his/her sex. As a result, the scientists had to distinguish between sex and gender.